There is no cure for Down syndrome

I have just finished watching the public hearings into the Disability Support Pension hearing inquiry and I can truly say that I am speechless!

Here we are in the 21st century and still there is so much confusion around Down syndrome. Apart from the bizarre comment from a spokesperson from the Department of Human Services (DHS) - that she could not comment whether Down syndrome could be cured because she isn't a medical professional. There is also a massive issue around how something that is not a medical condition can actually be "cured". In almost 90% of people who have Down syndrome, there is an extra chromosome in every cell of their body. It is a chromosomal disorder. It is just the way they are, and I find it very offensive that professionals seem to think there is even anything to cure!

My daughter has Down syndrome and she doesn't think there is anything wrong with her! She is well aware that she can't do some things as well or as fast as others, but she just accepts that and finds ways around it. She believes she comes from Down syndrome - and I tend to agree with her!

To say a person needs curing is to say there is something wrong with them in the first place. As one lovely young man with Down syndrome said recently on the topic of aborting foetuses with Down syndrome: "We are actually Human Beings first."

It would help many professionals to remember this 'minor' fact. 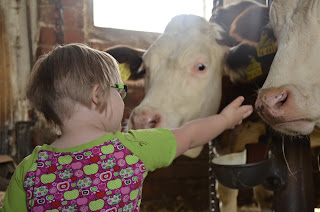 The idea of thinking of Miss Chloe any other way then what she is is abhorrent! She is witty, resourceful, creative, practical as well as many other things, and if she was to some how have the extra chromosome removed from very cell in her body - she just would not be Miss Chloe anymore.

Back to the spokesperson from the DHS regarding the cure for Down syndrome:
It is true that a person can be thought a fool until they open their mouths and then they confirm this assumption, so here is a message for you:

Here is a message to everyone:

I have a wonderful daughter and know many people who just happen to have (or come from) Down syndrome. Yes they have their differences (as do many of us), and I say THANK GOD FOR THEIR DIFFERENCES, because that is what makes them the amazing human beings that they are.

DHS, you need to re-educate your staff and be a lot more discerning with who you send to public enquiries!